The first official subset of Super junior, Super Junior K.R.Y.released When We Were Us, their first Korean mini album since its inception 14 years ago. Given that this trio has released music in both Korea and Japan and has toured several times, this EP was eagerly awaited, especially with the return of all three members of the military (Kyuhyun was last released in May 2019). Although there is a clear lack of musical diversity in these tracks, most of which are ballads, this album remains true to KRY's core identity and looks at each member's fantastic vocals, both individually and as a unit.

First of all, “The Way Back To You” immediately stands out as the only non-ballad on the album. With its brass instrumentation, the jazz piano, the optimistic rhythm and the tasteful harmonica, this song is both hopeful and playful. The subtle sound effects (like whistling sounds) added at key transient points on the track do a good job of enriching it and increasing the musical enjoyment of this song. The portrayal of the fluttering excitement of someone returning to a lover is just right, giving every note sung the right amount of joy and sincerity. This track and many others in the album simultaneously show the diversity and unity of the trio. While each member's voice is different and plays different roles in each song, the transition between parts never acts as a jarring, but as a seamless mix. 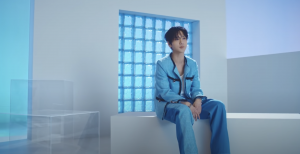 In terms of instrumentation, “The Way Back To You” register reflects the good mood of the song, and no title comes as close as “Midnight Story”, a ballad that speaks of love in metaphors of the moonlight. Using the acoustic guitar to open the track as opposed to the piano gives the song a lightness that is rare in this album. With a shrill rhythm, the song swings like a childhood fairy tale, a simple melody littered with unexpected twists and turns that keep the song interesting. The final whistle section of the track is magical and works with the other musical elements to create an idyllic atmosphere in which the song settles comfortably.

While the two tracks above depend heavily on the instrumentals to create the mood of the piece, K.R.Y. In the remaining four songs, turn the focus back to their vocals. The title track "When We Were Us" does just that: While his MV is visually appealing and abstract, his instrumentation and flow are perfectly predictable. Ordinary, yet moving, it's fearlessly conventional, but it's also a great addition to the K-ballad genre. "When we were together" includes the essence of K.R.Y. as a ballad group, which is why it was probably chosen as the title track despite its habitual nature.

Our brilliant season that we couldn't stop
The rain falls beautifully over my heart
No matter how often I go back in time
I will hug you over and over again
Longing for the blue summer day, we both laughed and cried

The protagonist remembers the summer he spent with his lover, and K. R. Y. captures this longing with her emotional voices. The members make this song their own and characterize each part in a unique way. For example, they sing the choir alternately throughout the song, and the chorus has a slightly different nuance at all times, depending on who sings it. RyeowookThe last chorus hits the heart because of its sweet and clear voice YesungThe first chorus is sad, especially with his deeper and fuller voice. The members have different strengths and they absolutely accept these differences and use them powerfully to tell a story. As the song builds up, its voices and harmony parts are absolutely divine towards the end of the track.

Interestingly, each member starts two songs for each of these six tracks on the album. This not only speaks for the part distribution, which is really the same compared to the usual line-up of Super Junior, but also enables each member to create different moods for each track. Kyuhyun begins with "Way To Busan" just like in the title track, and while the latter begins more melancholy, the lack of a musical introduction to "Way To Busan" makes his voice sound more blatant than usual. The loneliness of the protagonist in this song can be felt immediately and his voice only hits the heart of the listener. There is a hint of nostalgia for the past, but there is overwhelming hopelessness to know that nothing will change even if he goes to Busan. Small details such as the use of the cello to accompany Kyuhyun's voice before the transition to a higher string instrumentation that suits Ryeowook's voice reflect how well the composers and producers of these songs understand KRY's vocal qualities, and this level of consistent care is obvious in this album. 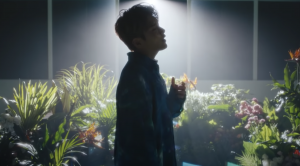 Together with her harmonies, K.R.Y. They often repeat each other and add layers of emotions and melodies on top of each other. This is particularly noteworthy in "Way To Busan". Instead of leaving them all to the bridge of the song, the harmonies are present through the verses and the choruses, while ensuring that the song still has climatic moments. Too bad this is not the title track of the album as it is the best ballad on the album. It elicits painful emotions in a masterly way, but more importantly, it's the best representation of the synergy of this trio and why their voices work so well together. Their voices are similar enough to harmonize with each other, but even when they sing together, they bring something different to the table and produce a full sound in a way that only K.R.Y. can.

The tracks on this album are all worthy of being K-Drama-OSTs, but no more than "I Can’t". Raw emotions can be seen here, along with the impressive vocal chops of all three members. The richness of Kyuhyun's voice, Ryeowook's stunning adlibs, and the slightly gritty way Yesung sings work together to create this roller coaster of a ballad. The way the saxophone interacts with the vocals throughout the song is a nice touch, although their voices are more than sufficient to fill the track. 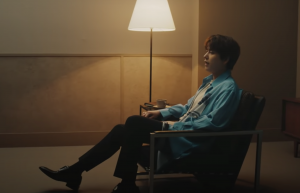 In contrast, things are weakened in “Home”, a calm, final ballad that brings calm to the tired. Instead of talking about heartache as in the last few songs, K.R.Y. sings of the desire to support and comfort those who love them and who may be exhausted from life's problems. The gentle sincerity with which they sing and the sadness they feel for those who love them make this song a very reliable song for the listeners. Even in the presentation of the texts that you want to hug this loved one and give your shoulders to these people, these are the simple actions that show true love and show the greatest solidarity. There is no need for greatness when there is constant camaraderie and empathy. As is the pattern of this group, there are beautiful harmonies in it, but they successfully create pathos, even in the less dramatic moments of the song. It's one of the most moving tracks on the album, which is a feat considering that this is an EP full of sad ballads.

Rarely have there been albums that are so homogeneous in terms of genre or instrumentation, but K.R.Y. feel extremely comfortable in their established musical identity. They know that they are fantastic ballad singers and make the most of it. With all around beautiful melodies, poetic lyrics, impressive instruments and the breathtaking vocals and harmonies by K.R.Y. When We Were Us will satisfy ballad fans, and it's worth waiting 14 years. As Ryeowook mentioned in an interview, K.R.Y. creates songs that you love and want to hear yourself. It is wonderful to see how they continue to live their dreams, and we hope that it will not be another 14 years before more music comes from this perfect trio.