From the bouncing boys in "Very Nice" to the reflective young men in "Home", Seventeen manages to continuously create assignable content. Their growth and development over the years can be seen in their music and performances. They present themselves consistently through their sound in different genres. As a group, they are not afraid to express their current state of mind with their fans.

In their last title track "Poison: Fear" the boy group discussed their concerns as stars and as young men. In the brutal and dark release of the album Ode To You, fans were brought along about the emotional turmoil of Seventeen and how they deal with it.

This is further developed in their YouTube documentary series Hit the Road, in which the members spoke openly about their struggles as idols. The series showed the extent of the emotional and physical stress on world stars. It also gave the fans an intimate and open side to the group when they talked about the comfort they find in each other.

Fortunately, after a period of soul searching, the group came out of their doubts and inhibitions. Her title track "Left & Right" is the answer to the fears and worries that you have previously expressed. After learning a lot over the years, their 7th EP Henggarae – released on June 22nd – is an excuse-free celebration of their youth.

In a playful and bright approach, the track and MV want to convey a calming message to the youth: you can always go your own way and be successful at your own pace, even if you come across intersections that limit you to left or right turns. 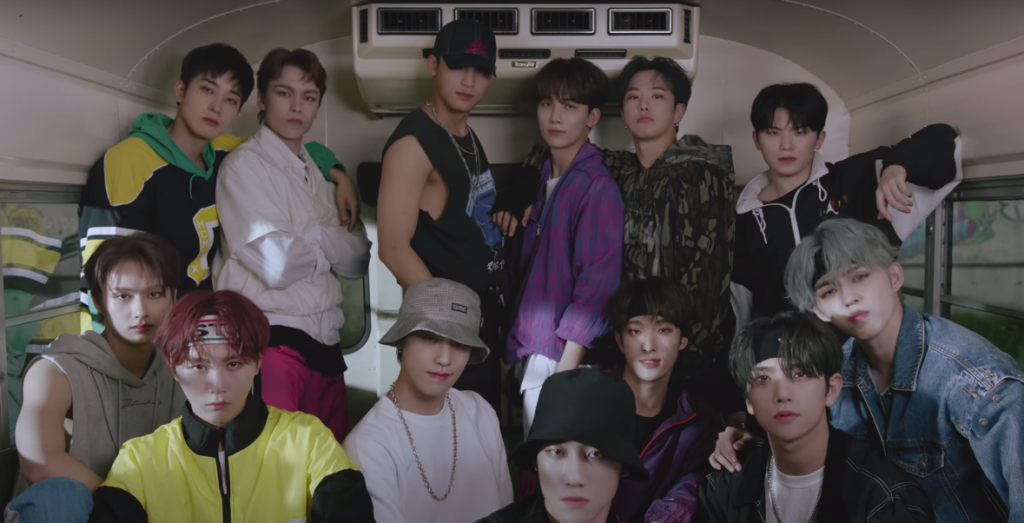 The title track is rhythmic with a return to her bright and bouncy hip-hop vibe. It's the kind of track that keeps everyone hooked long after it ends. Seventeen commented that the track is a nod to hip-hop of the early 2000s. Newly translated into the current hip-hop genre, with an additional boost of energy from Woozi, Vernon and her production team.

Likewise, the MV has an almost subtle feel of the late 90s and early 2000s. The reinterpretation of past and present topics is well translated. With its graffiti brick wall sets, the car models, the heavy styling of the tracksuit and the VHS glitch effects. The aesthetics go well with the contemporary style without feeling overwhelming. Still, you bombard most scenes with characters pointing left or right to get the message through.

If you look deeper into the MV, there are some points that have important connotations to the narrative. Allow a balance to be struck between effectively delivering a message and entertaining fans. 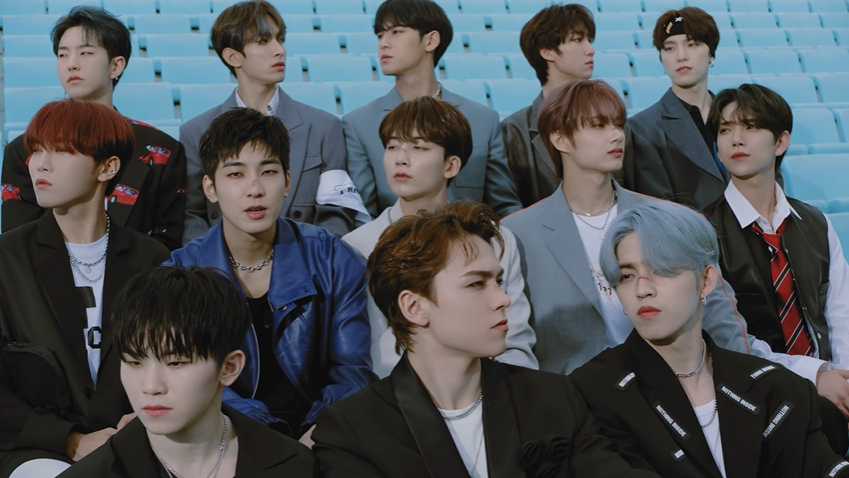 The subtle progression of the MV is one of his strengths. Not only shown in the narrative itself, but also in the facial expressions of the members.

Her facial expressions are noticeably exhausted and almost full in the opening scenes. Turn your heads back and forth to the chorus to mimic the constant tug of life. The MV builds on the uncertainty of being drawn from the left or right to the members who overcome their hurdles and adapt accordingly. Delivery is not easy as it appears to be facing serious problems while grooving on a funky track. Seventeen do it seamlessly with funny approaches.

Seungkwan A prime example is the weird exit of running alone while the others break into the dance. By deciding not to join him, however, the scene confirms the idea of ​​carving alternative routes against expectations. Not particularly as a form of rebellion, but as a way of self-acceptance. 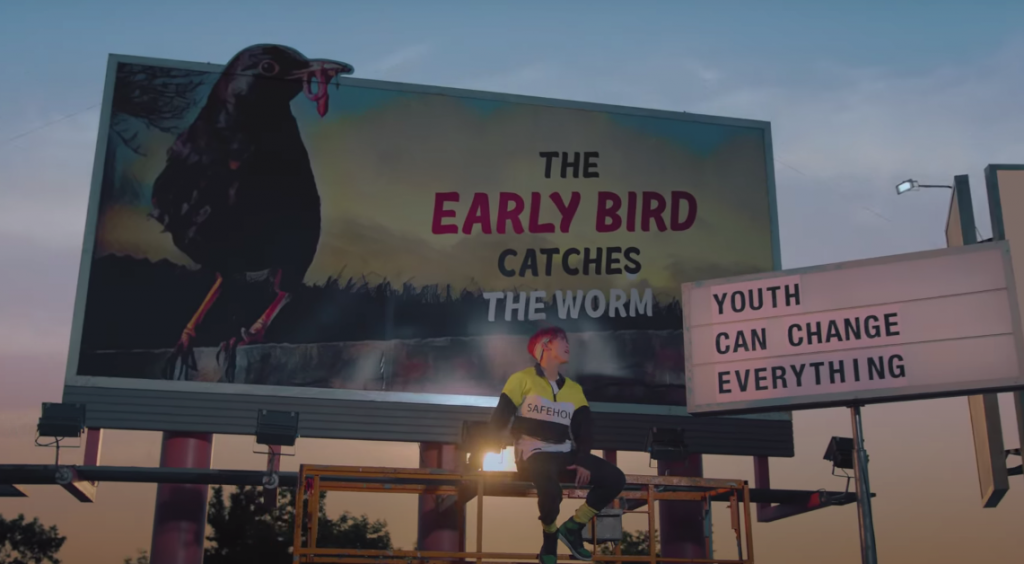 The MV is further expanded when Seungkwan is stopped by large metaphor like "The early bird catches the bird" on large billboards. It looks at the pressures and expectations of being young adults and how double stressful it can be in the spotlight.

Even if we run, run, run
When can we get ahead?
Running itself is tough, tough, yes
Then what should we do?
Not walking is also an answer
Who cares what we do?

Although said with good intentions, the council contradicts the reality of its experience. Seungkwan and Wonwoo Verse directly communicates the "damn if I do, damn if I don't" struggles that have been experienced in adolescents.
With a "We do it our way!" Attitude, the "How to …" books and trophies are burned to regain their voice. Although it looks like giving up, it is a lesson in how we can positively free ourselves from our limits. Seventeen looks directly into the camera and invites fans not to be limited to these binary files either. 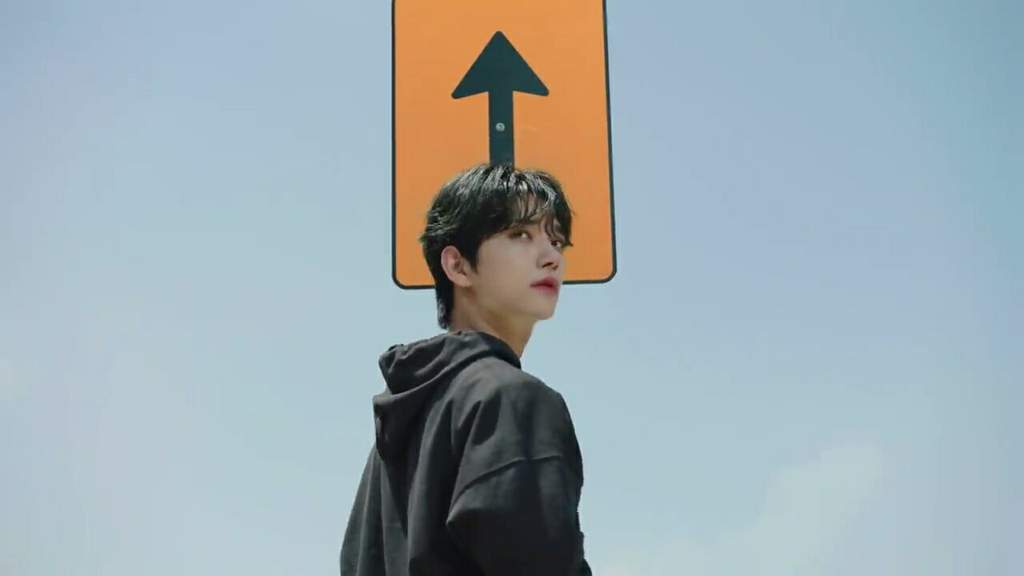 The turning point in the MV is undoubtedly Joshua take matters into your own hands. It will be a moment of clarity for the group; The characters that normally guide and reduce the pressure are not definitive, but adjustable. Instead, we should assess growth and progress against our own standards.

"Left & Right" MV picks up a great message of calming and self-confidence and reinforces it in a bright and funny way. It is effective to convey a serious message without having to stick to a dark subject.

The comic elements of the MV are underlined by the simple but instinctive choreography. Seventeen is known for her intensive and detailed choreography in the K-pop area. However, this track has an inviting quality for dancing without being too complicated. It gives the MV a familiar one Tick ​​tack-esque mode when the fans switch to the easy-to-follow steps.
Of course, this started a dance challenge that is led by the members. Fans and other idols have reacted with their own settings of the track and triggered a growing phenomenon via the Tik Tok app.

During the Showcase Conference rapper, Wonwoo reaffirmed that the track is a reminder not to worry too much. To encourage fans – and yourself – that you are fine and that you are where you should be. 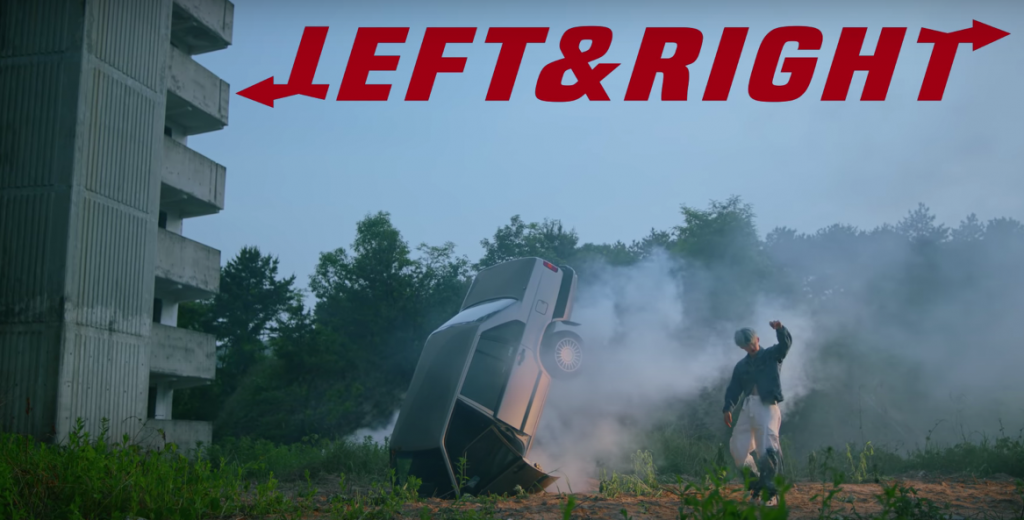 This eagerly awaited summer comeback did not disappoint. It comes packaged with a catchy hook, a springy MV and an uplifting message. Seventeen remind fans that they could crash a few times S.coupThe car, but they'll get up and keep grooving like S.coups. From now on, Carats can expect Seventeen to do her best, but maybe not sometimes.

The Greatest Kpop Songs Ever Made

Jeong Sewoon Paints a Beautiful Summer season Day with “24 Half...