After causing a sensation on JTBC's SuperBand in 2019, debuting the uplifting single "Flowering", LUCY returns after three months with her first mini-album Panorama. As the name suggests, this is a colorful album in terms of musical styles, instrumentation, and even lyrical references to color.

Panaroma got off to a strong start with the promotional track “Jogging”, which required a full 28 seconds for an energetic instrumental introduction. A rare and bold choice that gives listeners time to fully appreciate the various levels introduced into the mix. Leader and violinist Shin YechanThe riffs form the basis of the melody while bassist and producer Jo Wonsang keeps the beat groovy and lively. True to the band's identity, “Jogging” is a journey and an experience in itself – the structure of the song is unconventional, but there is never a moment of confusion as all the parts blend together seamlessly.

Just like singer and guitarist Choi Sangyeob Croons "no longer follow the path that is repeated every day" The song aptly enters a new expanded bridge before returning to a familiar closing outro. The way the music tells the story of its lyrics is fascinating and proves that “Jogging” was created as a whole, with a lot of thought going into each of its components.

While this title track fits in with the summery vibes we've come to expect from releases this season, the rest of the album offers refreshment in a different form. For LUCY, for example, “Straight Line” is a perfect combination of the new and the old. The slender electric guitar opening sets the stage for some distinctive violin melodies, and we quickly return to a familiar sound for the band. Compared to "Jogging", Yechan's violin is much less edited on this track, as the exciting high register is shown when the display is full. What stands out about this song, however, has to be its unique bridge. While the entire track is full of instruments, the band purposely holds back, creating an ambient space full of cleverly placed echoes. This contrast would have been staggering if it had been put in the hands of another music arranger, but the mix is ​​flawless, as with all tracks on this album.

While “Watermelon” also begins quietly, its structure is less instantaneous compared to “Straight Line” and it immediately establishes itself as a relaxed track. With assignable lyrics describing the "stifling heat" of the season, this song is the musical equivalent of the laid-back beach vacation we all long for. It's not typically happy, but the eclectic mix of electronic sounds and riffs keeps the track dynamic and Wonsang even makes his rapper debut here. The band is slowly leaving their comfort zone with this album (even if that comfort zone was already incredibly diverse) and “Watermelon” marks a shift in the type of tracks that are to follow. 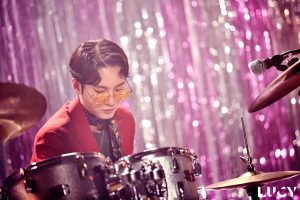 "Enough", for example, is a jazzy, gentle ballad decorated with sparse instruments and impressive vocal effects. Editing of the introduction to this song sounds like someone singing over a radio, and that echo-like, expansive effect stands out subtly over the rest of the track. Drummer and singer Shin Gwang-il Thanks to the comparatively less intense drum parts of this track, he can finally shine with his sultry voice. Apart from that, he always impresses with the way he sings steadily, even if he keeps the beat for the band and deals with complicated rhythms.

"Missing Call" is another color for the band, this time as a first collaboration with an outside artist. LUCY ventures into R&B with this track and the retro theme plays a particularly important role in the instrumentation as well as in the way the song fades in the end. Selected singer Suran sounds absolutely fantastic on this song, as does Sangyeob, whose versatile voice surprises with every new track. Their voices complement each other and they shine brightly even when they just sing in unison. What elevates this song even more is definitely the band's use of ringtones as an introduction. Who would have thought that these tones could be rhythmic and melodic at the same time?

It's a beautiful example of how LUCY uses sounds from the real world and from our daily lives to create music that is both relatable and tangible. They recognize the rough diamonds and turn things that are so common and unnoticed into unique works of art. This was what drew me to their music during the SuperBand era, and it makes me more than happy to see that they continue to use it as a trademark until now. 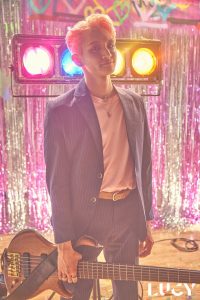 The recorded fireworks and the crowd cheering in "Flare" is another example of this. This song was first performed in the SuperBand finals and is a wonderful way to end the competition. It's a great finale for Panorama. The recorded sounds blend in perfectly with the rest of the instrumentation and the vocals are masterfully highlighted. Rather than losing the excitement and charm of the original live performance, this cleaner version allows listeners to dig out the intricate musical details of this track, making it very enjoyable to listen to.

The same goes for the entire album. LUCY's brand for atmospheric sound is unmistakable, and while I'm looking forward to the day when I can enjoy their music live, so much thought and care is put into every beat of every song that their music is always "broken down" into such an adorable one Task. This band has a long future ahead of them and I can't wait to see more musical innovations.

Why This Lady Group Made BTS Followers ANGRY?

BTS Makes Oricon Historical past As “Butter” Breaks File For Most...