Sub-units offer idols the opportunity to stroll through alleys that the main groups do not explore. Often, however, the publications follow the projects of the main group and become mere extensions with no room for experimentation. When then Fantagio announced the first subunit of AstroI didn't have high expectations.

For this subunit debut Moonbin and Sanha Explore the idea of ​​blocking out bad memories that get stuck in our minds leaving nothing but good memories to look back on. Astro members have stated that the concept for the title track “Bad Idea” revolves around a therapist and his ability to infiltrate his patients' psyche and alter their memory bank.

The MV begins with a series of obscure short scenes by Moonbin and Sanha in different sets. Things start to slow down when Sanha falls on the table and it becomes clear that Moonbin is the therapist at work.

Everything about the first 15 seconds of the MV points to another dark concept with conventional Halloween horror motifs – from the eerily scary carillon that underlines the scenes, the stripped-down minimalist sets to all the stylized props. 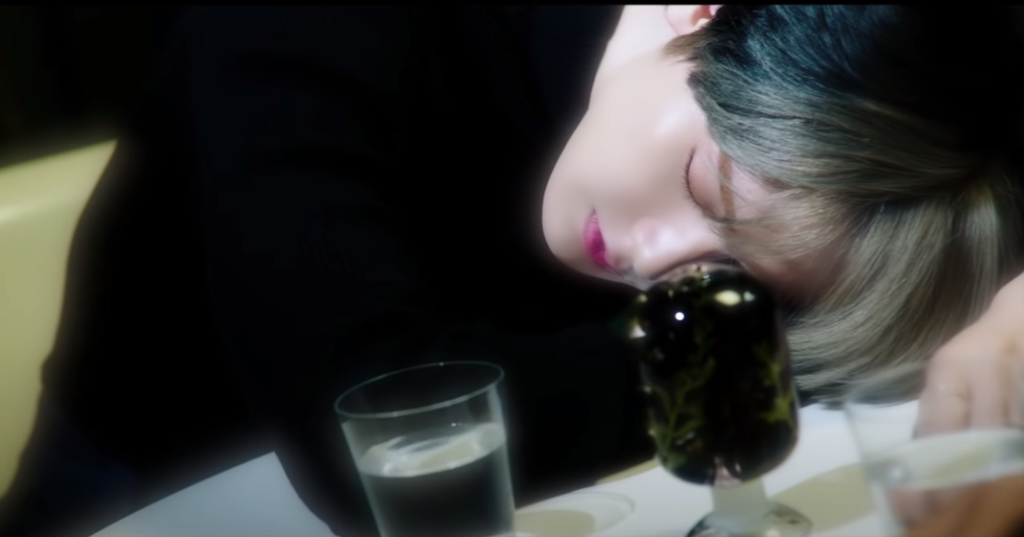 But then things start with an unexpected funky guitar riff and a throbbing bass line. The track sounds pleasantly familiar and still holds its own in the trend of retro funk productions. This moody mood meets a Daft punk-esque groove brings you along by mistake. The falsetto and harmony of the duo's vocals are quite unexpected for the track. However, their voices fit together incredibly well, so it can sometimes be difficult to tell who is singing certain parts.

Often times, MVs with storylines are broken up in such a way that their audience works hard to figure out the narrative, or they unnecessarily spell out every detail. In the case of Bad Idea, the MV combines these elements well to create a visually appealing and memorable debut.

If you watch the MV with the subtitles, you can see the course of the action along the track. The texts are a cry for help from a patient to save him from his own thoughts. Like a session with the therapist explaining his struggles, Sanha embodies his feelings and talks about the turbulence in his head. 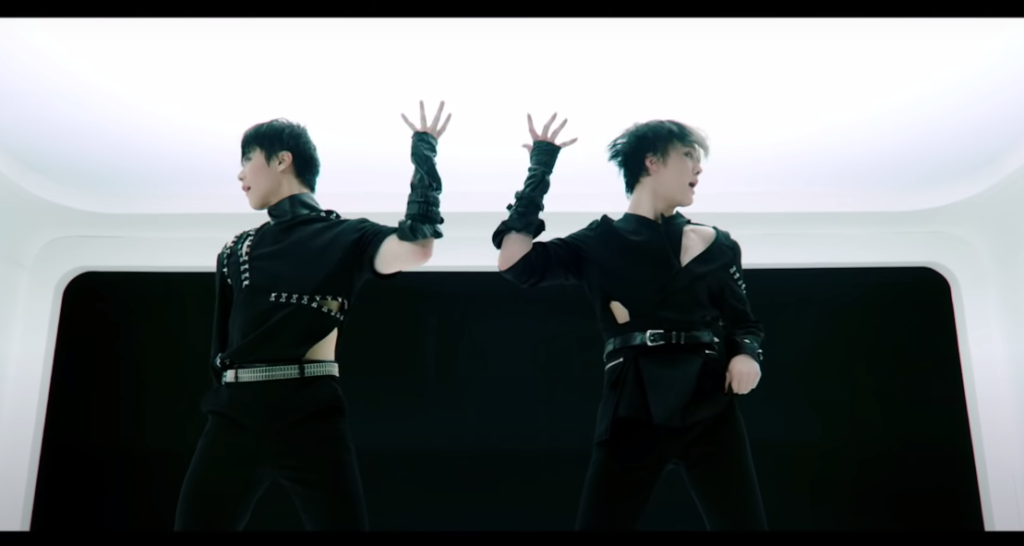 As Sanha loses himself desperately in the matrix of his own mind, the opening scenes become clearer. Sanha is stuck in a loop of dreams and alternative realities, falls asleep at the bar and wakes up in a box-shaped red room. The camerawork and post-production, moving from one scene to another, embody the endless and inescapable feeling that Sanha suffers from. This uncomfortable feeling continues throughout the MV, for example in scenes in which he twirls and spins in his sleep and in the shot of him wandering through the hallways.

Enter Dr. Moonbin, the therapist who operates from a bar. He serves his customers drinks that allow him to infiltrate their thoughts and block out certain memories. His character appears calm and controlled as he navigates Sanha's mind. Moonbin wastes no time and immediately goes to work to save Sanha bit by bit as he breaks into every part of Sanha's psyche: flee together in the car, extinguish the fire in his red room and stop the infinite loop in Sanha's mind . 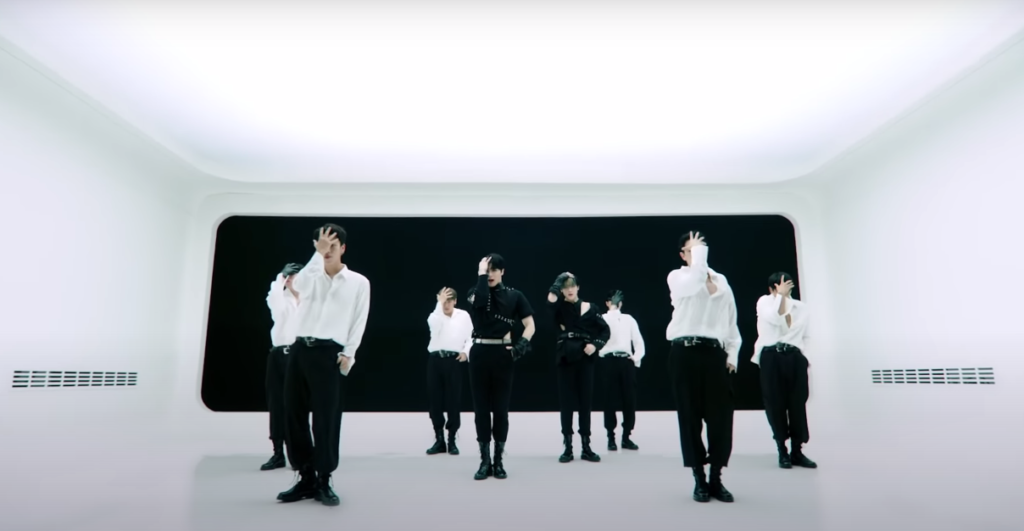 The choreography exudes the same kind of gentle boast that the track serves. The first time we see the couple dancing together is during the first bridge in a stark white room with a wide black screen that looks like a spaceship control room. The choreography goes into full swing in the choir, and the rest of the dancers gently rock to the repeated hook "Bad, bad, bad idea". Astro members are known for their great performances and both Moonbin and Sanha offer nothing less than expected.

On the second refrain, things escalate and Dr. Moonbin is shot down by Sanha's psyche as he tries to protect him from himself. He floats across the space in Sanha's head to reach a peaceful, almost utopian point highlighted by the green and pink sky.

The MV comes to its final confrontation with a full-fledged bloody fight scene between Moonbin and a form of Sanha that ends with a bang. But don't worry, Dr. Moonbin is a real pro and two steps from anger.

From the production of the track to the concept of the plot and the MV production itself, “Bad Idea” has many outstanding points for the first company in the sub-unit as a duo. What I noticed is the use of color, light and darkness to add more background and detail to the plot. For example, in order to realize the idea of ​​a therapist at work, the Moonbin bar has blue-green walls that stand for openness to communication and clarity. On the other hand, Sanha's red bedroom reflects these heightened emotions.

The color themes mainly tend towards a contrast of black and white tones with bold spots of color. By mirroring the narrative, black – or the shadow – consumes color, while white stands for light and clarity and the two exchange views accordingly. 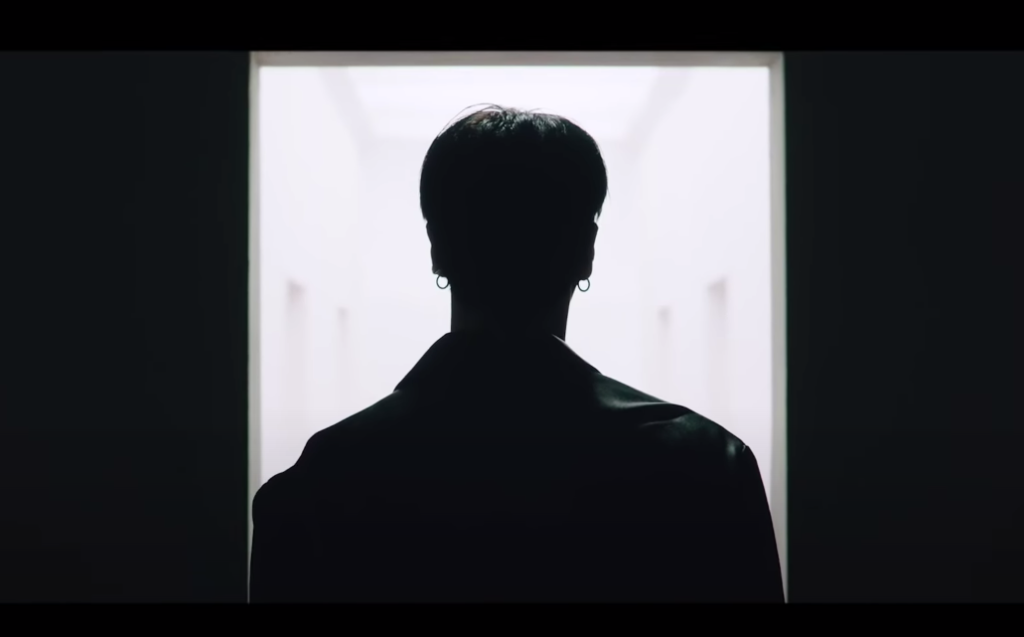 Darkness plays a big part in Sanha's psyche. It mixes things up to create large, bold silhouettes as the focal point of some scenes, and cleverly uses light to draw attention to smaller details. It becomes a visual interpretation of fading memories in and out of his head. With less than four minutes of working time, these details subtly enhance the experience and make so much of the atmosphere without wasting time.

Although “Bad Idea” is not entirely original, the concept is entertaining and very creative. He manages to move away from the performance-based MV formula that Astro relied on in his recent comebacks. As the first astro subunit, they have shown a lot of charm and potential to be a very successful duo.

Is it perfect Is it unforgettable? Absolutely!

TWICE’s “I CAN’T STOP ME” Turns into Their Quickest MV To...

“Not Shy” Exhibits Itzy The Dangers Of Turning Mainstream – Seoulbeats